Sparta Nutrition formulated Kracken to be the most hardcore, stimulant loaded, balanced preworkout in the industry. Insane energy, increased pumps, unparalleled focus, and the endurance of Leonidas himself. Prided on being scoop for scoop, head and shoulders above the competition, no other pre-workout on the market can come close to Kraken.

I ordered the cotton candy flavor and I wasn’t able to finish it, it tasted terrible. Pre workout effects were not terrible, not great

Came in clumps. Still tried it and it did not do anything for me. After some running around suppz let me swap it for another pre. 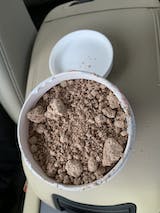 Stacked this with the kracken pump and made for fun workouts...not the most stim heavy, so took it on the arm days. Good flavoring as well.

Completely dissatisfied with this product. Tastes horrible, not even close to tasting like Bombsicle. I tried it for 3 days to give it a chance and not only did it taste horrible but it also provided no pump or vascular dilation. An absolute waste of my money.

K
KB Kalsey (Azusa, US)
Worth the value?

The preworkout itself was okay. I felt like Vaso 6 isn’t as great as traditional Agmatine or Arginine. The preworkout, in my opinion, isn’t worth the price but the flavor was pretty solid. The powder doesn’t mix very well. It will leave chunks at the bottom which is pretty annoying but if you don’t mind it, it isn’t too bad.